Siège consists of a series of site-specific performances where a naked woman assumes the role of “prey”. However, in this narrative, the prey is never caught. Instead, she uses her naked body to lay siege to the hunters’ favorite structures: their hunting towers, tree stands and ladders. When the hunter is absent she allows herself to be “shot”.

Each performance is documented with a single photograph. An anonymous, numbered and autographed print of this one hangs at the site of the siege, left to taunt the absent hunter. The poses deliberately ignore the formal codes of mainstream print-erotica in a rejection of the normalized representations of the ideal female body and its postures. 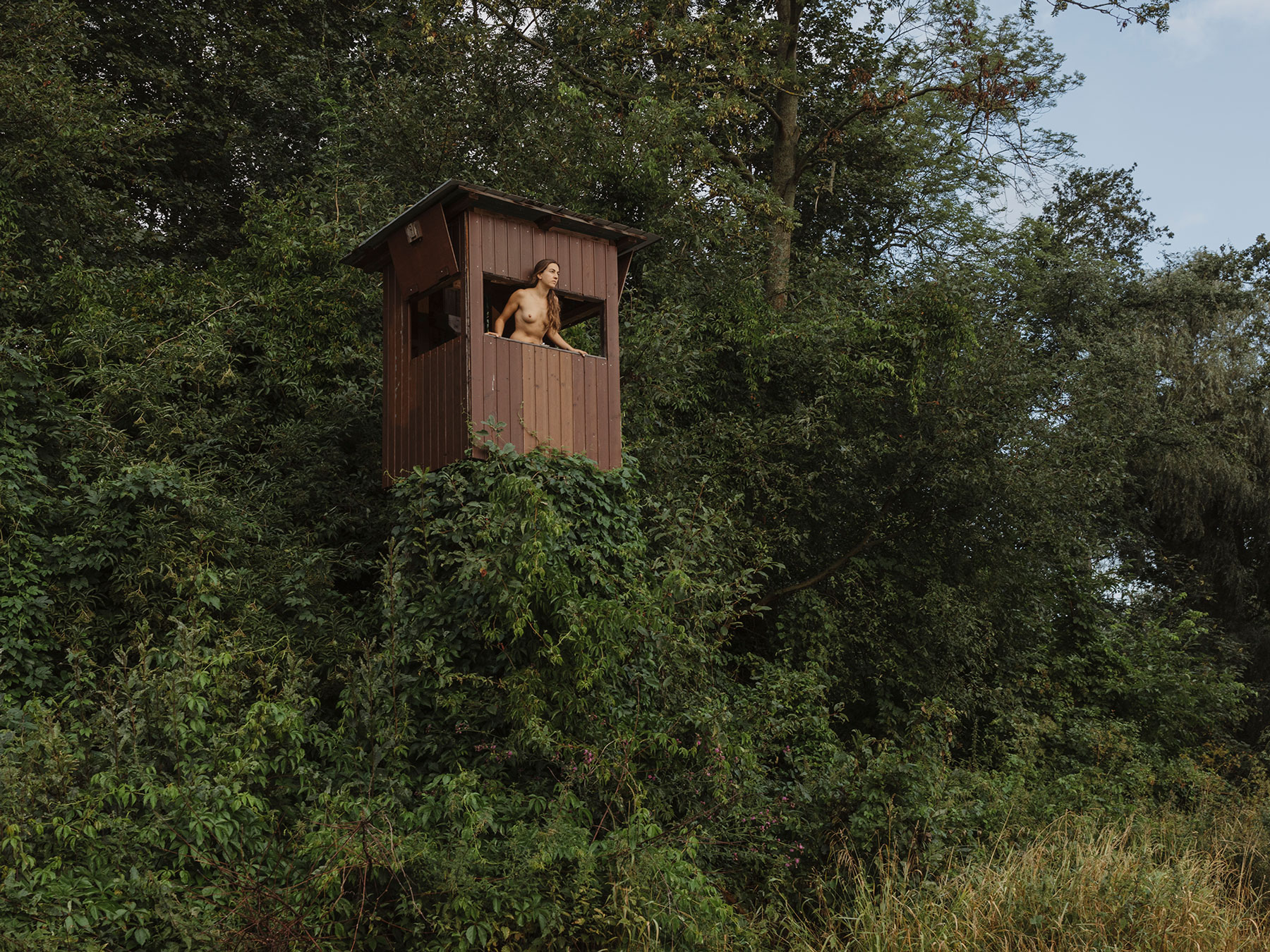 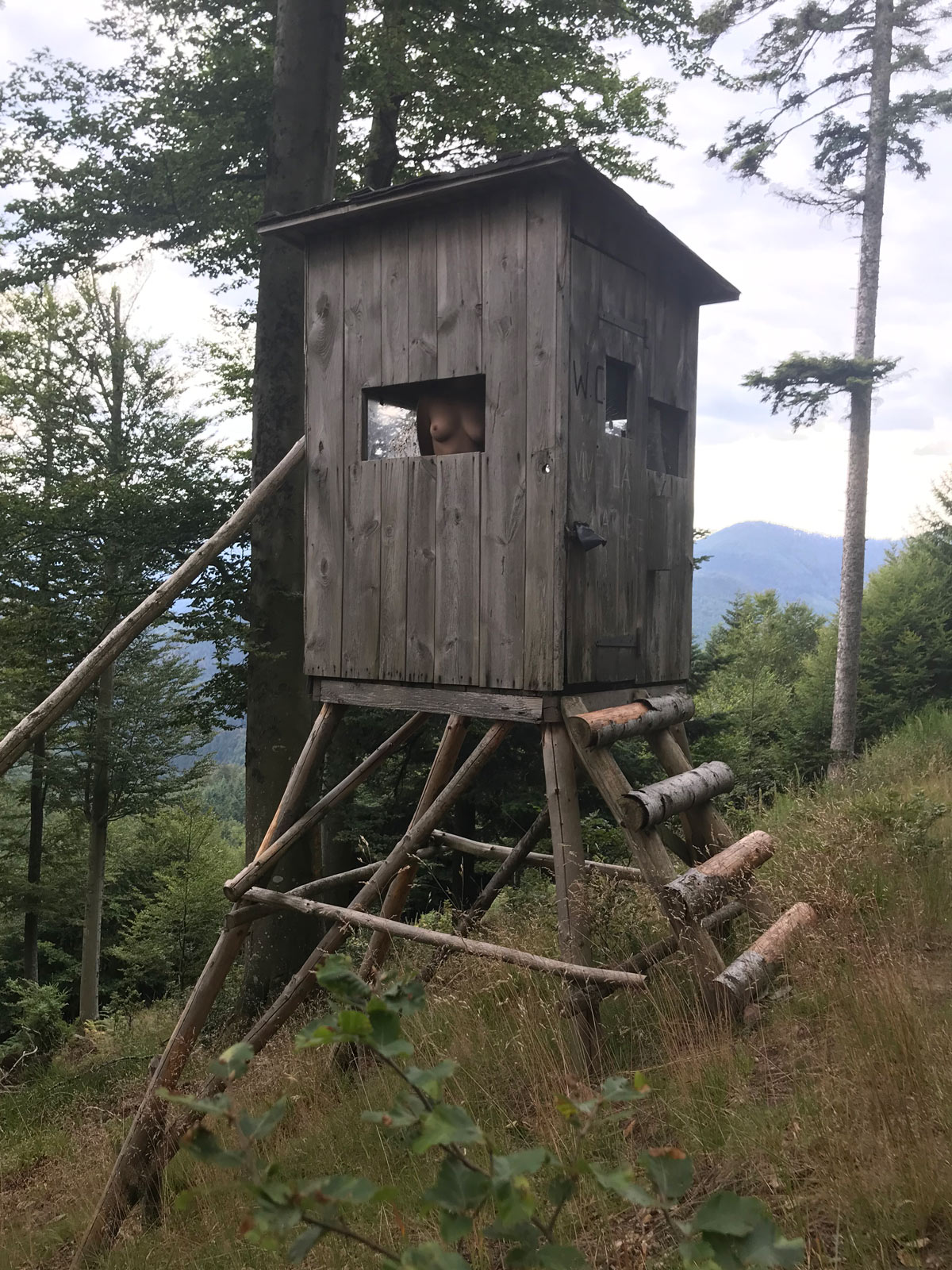